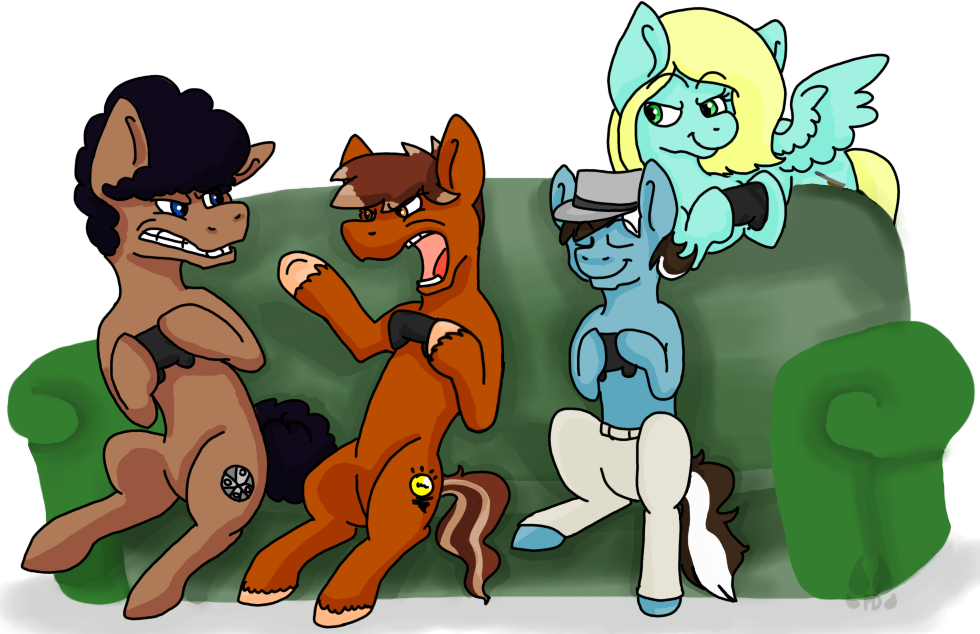 What do you get when you assemble an eight-hour palette of exciting and potentially rage-inducing video games, prize giveaways, and a fluffy altruistic cause? A splendiferous, pony-infused, video game–themed fundraising event of course!

Bronies for Good, in tandem with intrepid folks from Derpy News and Equestria Daily, as well as Everfree Network’s podcast hosts Emily Jones and Dpad Pony are excited to bring you Gaming for Good! A Brony video games–themed charity fundraising event benefiting the Seeds of Kindness 3 fundraising initiative!

Play your cards right and generously, and you’ll even be able to jump in on a few rounds as the bullets start flying and frustration keeps mounting, not to mention getting your chance to win steam games, pony swag, and more!

We’ll also be interviewing the development teams from both Legends of Equestria and Mane 6 to bring us the latest on their respective projects!

Be sure to bookmark events.yoursiblings.org to join the fun on November 16 at noon EST!

We look forward to seeing you all there while helping us ensure the advancement of ongoing humanitarian projects for sustainable development in Uganda and Burundi!

2. Release of “Under The Moon”

We are also pleased to announce the release of an updated and remastered version of “Under the Moon,” a bluesy orchestral ballad featured on our fourth and most recent charity album, A Beautiful Heart. “Under the Moon” features the musical talents of Sprocket and Feather, and poses the question: What if the princess had sung a soliloquy during “Luna Eclipsed”?

The Seeds of Kindness 3 fundraising drive is an ongoing effort that has been in the works since August of this year. We have raised more than €25,000 for the Safe Project orphanage in Uganda and the Green Village for street children in Burundi. As a direct result, the scores of children in the care of the orphanage were able to move into their new building a few weeks ago. Everypony who donates to this drive receives a complimentary download of A Beautiful Heart as well as the other three charity albums. (Those who have already donated can also download the updated version of “Under the Moon.”)

A Beautiful Heart is our fourth album. It is the culmination of months of work from many talented musical artists throughout the fandom. Featuring 38 tracks, more than two hours of music, several ambitious collaborations, and music from both popular artists throughout the fandom and up-and-coming musicians alike, A Beautiful Heart is a testament to the generosity and spirit of altruism running strong in the brony music scene today. It’s our pleasure to share it with you now. Keep an eye out for contributions from artists such as EileMonty, MEMJ, Forest Rain, Feather, Makkon, Carbon Maestro, Seventh Element, MC Flowny, and many more.

Written by Denis Drescher on Nov. 8, 2013 with maybe comments