Widows and Orphans Project in Tanzania 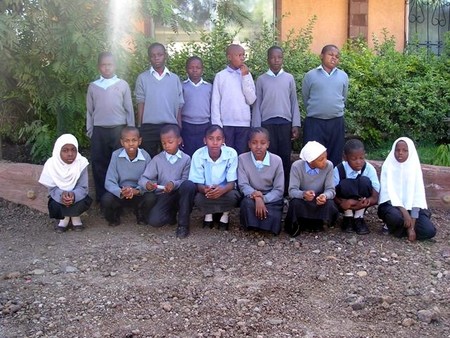 Escaping social isolation, entering a self-determined life: The chicken farm will not only create jobs for HIV-positive widows, but also finance school fees for orphans whose parents have died of AIDS.

The situation: Africa is still suffering from the HIV epidemic. Tanzania, too, is hit hard. In the East-African country, more than 1.4 million people carry the virus within, so earlier or later AIDS is gong to break out. Already, thousands of women have lost their husbands, and children their parents to the immune deficiency disease.

Exceptionally many women from lowest stratas of society are among those infected. Very few of them went to school long enough to qualify for jobs that could pay for food, rent, and medication. Their only option is prostitution, allowing the virus to spread.

The project: The Human Revelation Organization (HRORG), founded in 2010, wants to help HIV-positive widows and children orphaned due to AIDS. Their goal is to permanently relieve the poverty of those widows and orphans and to give them a chance to a better future by providing them with jobs and/or education.

To this end, Human Revelation wants to build a chicken farm in Arusha, a city in north-east Tanzania, employing nine women. All of them are HIV positive and have lost their husbands—who traditionally are the main source of income for Tanzanian families—to AIDS. Employment on the chicken farm is to enable the widows to themselves earn their subsistence as well as money for medication. Furthermore, the farm is to yield enough profit to pay the fees for the Meru Peak School for fifteen orphans.

The organization has already found suitable land for the farm. What is lacking is only the money to jump-start the enterprise.

The goal: The donations will pay for a total of 1000 young chickens and an appropriate number of cages. The animals are to be sold after a few weeks and the money reinvested into new fledglings as well as salaries and school fees. Thus, a self-supporting cycle will be established.

The women are paid the equivalent of forty-two euro per month. That doesn’t sound like much but is in fact more than twice the average income in Tanzania.

In case the farm yields a surplus of money, it is put aside for the building of a house for the widows and orphans. This would not only save them the money for rent—women and children could live side by side, and thus develop a new sense of family and protection.

How does the Widows and Orphans Project fulfill the Your Siblings criteria?

Sustainability: The permanent acquisition and sell of chickens yields the money for the women’s salaries and the school fees for the orphans. No further donations are required.

Transparency: The project can be visited at any time. You can view the accounting data at Human Revelation in Arusha as well as at the Your Siblings office in Berlin.

Nonprofit: Human Revelation has no commercial ambitions and is independent of the Tanzanian government.

Local roots: Human Revelation was founded and is headed by Micheal Williams. He was born in Tanzania and continues to live there.

Urgency: Widows in Tanzania have great difficulties finding jobs. Instead they are ostracized. The orphans at the Meru Peak School require sustainable funding of their school education as a solid basis for their future.

Help realize the vision of a self-supporting chicken farm in Tanzania!