State of Current and Future Projects 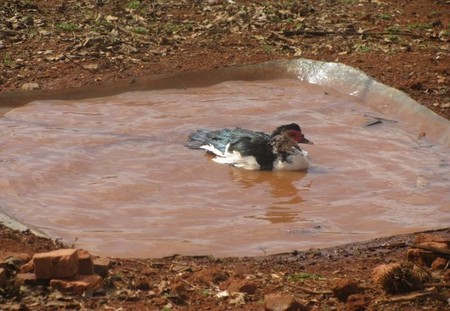 In late 2012, the second Seeds of Kindness fundraiser finished what the first had begun: The last of our projects, four at the time, was fully financed. All the while we had been transferring the donations batch by batch to the projects, so that they could already start the construction work.

Once the projects had taken shape, Ben of Your Siblings visited them to survey their progress, inquire about possible problems, and discuss prospective future projects. Our strategy of personally befriending the project organizers to ensure that they are reliable and committed to the cause had proved effective. One of the organizers was not as responsive as we would have hoped (more about that below), but the majority excelled in both counts.

Naturally, the often extensive endeavors faced problems along the way, which we will explain below and soon proceed to solve. Due to the positive experiences with our three main partners, however, we will continue our cooperation with them and are looking forward to supporting their future projects.

The Medical Clinic in Uganda 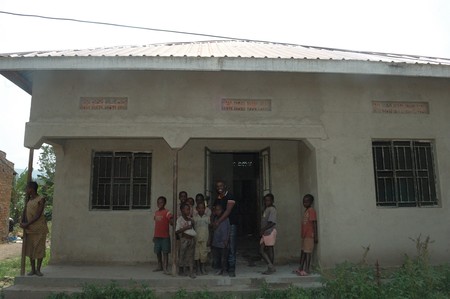 As we reported earlier, the building is finished and equipped. Unfortunately, government formalities are still retarding the progress, so that Mawanda Johnbosco of Childneed Africa, the physician running the project, can only legally perform minor tasks of medical assistance at the moment. He hopes that the registration won’t take more than another one or two months, since the region is in dire need of the facility.

Another problem was that the cost forecast from the construction company was low by over €2,000, so that, after the security margin, he had to reallocate money that was meant to ensure the smooth launch of the clinic over the first several months. This changed financial situation may interfere with his long-term sustainability planning. If the first six months of regular clinic business should show that the sustainability of the project is in peril, then we already have ideas and early proposals for additional profit-generating projects to fund the clinic’s free healthcare in the long term. For now we have to be patient and observe the developments closely.

The Green Village in Burundi 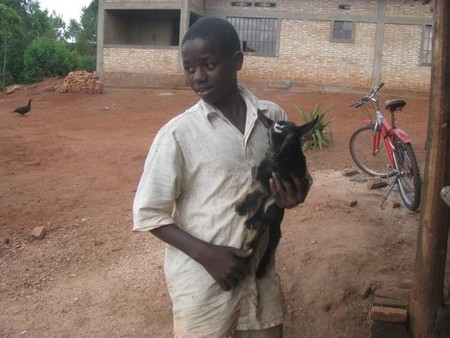 Green Life is very independent in their work and didn’t run into any problems of note.

The donations allowed them to launch three important activities for the street children in their care. The first two will teach them agricultural competencies: Several houses shelter goats, sheep, chickens, rabbits, and ducks, whose care is in the hands of the children, and using the manure from the animals, they are also growing tomatoes, onions, and amaranth on three fields. The produce is primarily used to feed the children, but a surplus can also be sold to solidify the financial independence of the project. Thirdly, they built a dormitory with two bathrooms, a common room, cooking facilities, and enough space for up to twenty children who have nowhere else to sleep.

We are eager to cooperate with Green Life on expanding their services for the street children. They are still working on their proposals for future projects, so further details are forthcoming.

Widows and Orphans Project in Tanzania

With a little over €3,000, this was the smallest of our projects. After we transferred the funds to the HRORG last July, we didn’t receive any updates for months despite several reminders. Thanks to inquiries among the local friends and acquaintances of the organizer, we learned that he had changed his email address, a change of which he had neglected to inform us. Communications having been re-established, he sent us proper documentation of their investments along with receipts over 85% of the funds, the remaining money saved for initial running costs. Since then, unfortunately, the contact has broken off again. We will continue to pester him until the full €3,028 are accounted for, but otherwise cease our cooperation with the HRORG.

The Safe Project in Uganda

When Ben visited the orphanage, he was taken with the commitment and love Ruth, Daniel, and all the others of Another Hope put into their orphanage. Framing and roof were already finished, and they were tiling the interior. But the project hasn’t been spared its share of problems along the way.

The first problem was that in 2010, when the plans for the orphanage were finalized, the government had announced that the electricity grid would be expanded to the region. To this day, unfortunately, this plan hasn’t materialized. Doing the extension themselves is far beyond the budget of the nonprofit, so the only viable alternative is a solar installation. Secondly, the orphanage building was the first one they built on a hill, and they didn’t originally take into account that the foundation of such a house had to be deeper and was thus more expensive to lay. Then, thirdly, they also ran into the same problem that Childneed Africa faced, namely that well into the construction work, the company announced that their original estimates had been low. It turned out that, in addition to the nation-wide adverse market trend due to increasing fuel prices and foreign exchange, the company had based their cost forecast on prices from their own district rather than Kampala (the district of the orphanage), where many of the raw materials don’t occur naturally. Finally, these increased costs were compounded by costs for materials the company had forgotten to list in their forecast.

The unexpected costs surpassed the 10% security margin we had provisioned, forcing Another Hope to reallocate funds from other sources such as private benefactors and other aid organizations to keep the construction going. Nonetheless they are lacking almost €10,000, over one thousand of which for the solar installation and more for various interior fixtures. The exact numbers are detailed on the new project page.

Another Hope has certainly learned from these problems. Their proposal for the guest house, which is to be built on the same hill close to the orphanage, takes the need for a deeper foundation into account, and they will insist on a contractual agreement that they can not be made liable for estimation errors by the construction company beyond 10% per item.

Your Siblings is also putting safeguards into place to avoid problems like these in the future. Specifically, we have decided on a more flexible system of risk management. Instead of the blanket 10% security, we will now ask for risk estimates in the area 10% to 20% for each need. For each whole batch of needs we will then determine the weighted average, so that we can provide it right when the construction of the respective part of the project begins.

These delays aside, we are delighted with the progress Another Hope has been making, and already discussed ideas for future projects with them. One of these ideas is that with a relatively small investment, they could buy farmland and would no longer have to lease it. It could be a larger plot too, which would allow the children to enjoy a more varied diet and save Another Hope the costs for land and most food.

Fresh water is also very scarce in the region. They are using rainwater harvesting tanks, but additional water has to be bought and transported to the site by trucks. A large well for the whole region would solve this problem. This, however, is a very large, ambitious project that, if pursued, would require extensive planning.

Another idea is based around an old school building Another Hope owns. If they had the means to renovate it, they could pick up where the old school has left off, save the school fees for their own children, and possibly even make a profit from the school fees they could ask, which would be reinvested into the orphanage.

Our plan for the immediate future is now to first raise the remaining funds for the ongoing Another Hope projects, then prioritize Green Life again, and all the while throughout this year observe the developments in Rubirizi to support the clinic another time should this prove necessary or beneficial to ascertain their sustainability.

We, Your Siblings, and the projects themselves hope for your continued support, especially for our new project for Another Hope and for the 1 Euro Campaign if you would like to make a small commitment in the long term.

Written by Denis Drescher on April 25, 2013 with maybe comments